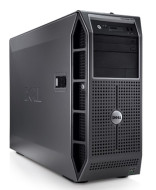 I’ve came across several customers that have a 3-4 year old Dell Power Edge T300 server that have had an intermittent network problem lately. It appears as if all networking ceases to be, the TCP/IP stack refuses to talk to itself and even Open Manage is unable to be opened since the loopback address also doesn’t work. Specifically this has happened on Server 2003 but I don’t know if its specifically related to that OS or if it could be multiple. Booting into safe mode will result in normal network activity, however it sometimes takes 2-3 restarts to get network functioning again.

At no time will Device Manager show any type of error and the Broadcom utility appears to function fine aside from the diagnostic tests failing.

Upgrade the firmware of the Broadcom NIC (integrated).

Simple solution, right? Of course it is but the million dollar question remains, “Why?”
Why all of a sudden am I having this problem…I don’t have an answer for it.

The firmware version that ships with the Broadcom NIC is 3.8.x. The latest version is 7.4.x.