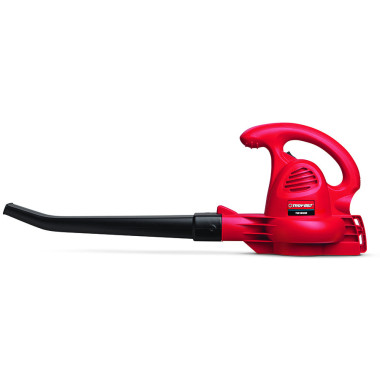 Living in the city, I’ve always been a fan of the battery powered “sweeper” type of blowers. Typically only a small amount of blowing is required after cutting grass so a gasoline blower would be overkill.

When my last functioning Black & Decker Ni-Cad battery finally died, I decided to go a different route than replacing it with another $40 battery. I first thought about going with the new 20V litium version of Black & Decker’s yard tools but it seems pointless to get a fancy lithium tool setup without using the batteries to drill or saw. My Makita set, although 3 years old, still does great and should not need to be replaced anytime soon.

I decided to go with the absolute cheapest blower that Lowe’s sells which happens to be the Troy-Built TB180B Electric Sweeper Blower. For the sake of argument  I’ll compare it against three other types of blowers that I’m familiar with:

Obviously there a clear difference between battery, electric, and gasoline blowers. The chart above just a representation of what you may find at your home center.

Given I can purchase two Troy-Built blowers and 50′ extension cords for the price of the cordless model, I feel that puts it at a direct advantage. If it is stolen or falls off the truck, you aren’t out a lot. Have you checked the price of replacement Lithium-ion batteries lately? They’re nearly the price of the entire sweeper!

Assembly is as simple as connecting the blowing tube onto the main housing. It is held in by a friction snap-in as well as a couple of pan head screws.

Having used the other three models before, the Troy-Built surprised me when first powering it on. The entire machine torques on the initial spin-up and it provides a good amount of power given the low amperage that it draws.

The Troy-Built 7.5A Corded Electric Blower #TB180B is an absolute steal for $32.98+tax. Despite being the cheapest blower available at my home center, it still performed great. It served me well both during the grass cutting season as well as after the leaves fell.

Now there is snow on the ground, it won’t be much help. Since it’s an electric motor, start-up in the spring should not be a problem…no ether required!